Bitcoin’s price could take a long time to recover. It could take some months actually. At time of writing, bitcoin’s price was struggling to get past $6000. Lets see what a few analysts have said about the crypto-currency.

According to Rob Sluymer, a technical researcher at market research firm Fundstrat Global Advisors bitcoin could take long to recover.

On March 20, Sluymer wrote in a recent note that Bitcoin’s price action was severely compromised by the recent price drop. He wrote:

The crypto breakdown over the past week mirrored the ‘get me out of everything’ panic that dominated all asset classes, whether they were defensive (bonds and gold) or not (equities). […] Lower highs and lower lows are in place for Bitcoin, leaving in a compromised, potentially vulnerable longer-term profile.

But Rob Sluymer admitted that Bitcoin stayed above its 200-week average, which he believes to be a major long-term structural support level for most assets. He also said that this indicator worked for Bitcoin in both 2015 and 2018. He further said:

For now, technically we will again give Bitcoin the benefit of the doubt that it is attempting to bottom but recognize Bitcoin will likely need months of consolidation to repair the technical damage now in place.

SEE ALSO: New Bitcoin Price Struggles To Hit $5500 – Will The Crypto-currency Ever Recover?

Vijay Ayyar, the head of business development at crypto exchange Luno, pointed out that there was a major buying pressure for Bitcoin under $5,000, which indicates seller exhaustion:

These prices were potentially below running cost for many miners, and we’ve seen hash rates drop. Miners are also better off just buying Bitcoin at such prices so there could be that aspect as well.

As Bitcoin approaches the expected halving of the block reward in under two months, Ayyar expects the prices will reach $6,500 again. He concluded by saying:

This is classic redistribution and would be very healthy for future Bitcoin price action and if we were to have bullish momentum going forward.

A change For Bitcoin Investors

The recent crypto-currency price plunge has resulted in a loss of confidence in Bitcoin but a rebound that came shortly afterwards shows that optimism has returned among some investors. The founder and CEO of Global Macro Investor, Raoul Pal, recently said that he is quite bullish on Bitcoin after the asset recovered by about 80% in just one week.

Although bitcoin’s price has been struggling, there is evidence that it will recover. Investors are starting to build confidence in bitcoin’s recovery.

Passive income in crypto is the new way to earn. 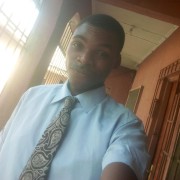 Eldo Oghenekaro
Eldo Oghenekaro is a blogger and tech lover. He is always ready to provide useful information about the latest tech. He also takes an active interest in the blockchain technology and the entire crypto market.

How To Change Your Background On Zoom App

Use BrightFinance for Making Profits From The Booming Crypto Market